If your planning on moving your business to a new office then congratulations, this must mean business is going well.  I expect there will be excitement within the office but also worries about how the actual move will affect your business services.  With a bit of planning and hiring the right moving company you should be able to move offices with the minimum of disruption. Here at Pickdropgo Van and Man we are fully aware of the differences between moving domestic household goods compared to moving office equipment.

To ensure the move goes as swiftly as possible it will be worth drafting a moving plan. The more planning you do early on will make the move go a lot more efficiently. Have a think about which staff member is best for each job.  For instance if you have an IT expert within your office, he or she should be in charge of packing and moving the computer equipment.  It would help if there was someone in charge of coordinating the move on the actual day of moving.

Address change: Think about how the actual address change will affect your business. Have the changes of letter headed paper and other stationary sorted out before you move.  Box it up and label the box so when you unpack at the new office you can find all the new stationary quickly and efficiently.

Update the address on the company website.  One thing that is often overlooked is arranging to have the address of your company changed on other websites.  If you’re listed in local business directories you will need to contact these websites and ask for the address to be changed.

Don’t forget to tell the appropriate companies of your address change.  Local governments, insurance companies, cleaners, gardeners and suppliers are just some of the people who will need to be informed.

And don’t forget to tell all your clients.

Remember to arrange the disconnection and then re-connections of things such as electricity, telephone, mail services, mobile phones, pagers and fax machines.

Why choose us as your Office Removal Company.

When looking for a man and van hire London company you would be wise to choose us here at Pickdropgo Man & Van. We are a London based removal company but do cover the surrounding areas.

Some reasons to choose us include:

Once you have moved all that is left is to hold a party.  Having a moving in party and inviting local business owners, current clients and other friends of the business is a great form of PR. Also if your moving to a new area it’s a great way to get to know the locals and ensure that you are welcomed into the community.

REASONABLY PRICED REMOVALS THAT YOU CAN FIND IN LONDON

London has so many things to offer. And if you are looking for first-rate art sales and antique furniture, then London is a place to be. You can find furniture that can cost you hundreds and even thousands of pounds, but they are already on sale. The moment you will lay your eyes on a piece of furniture that dates back to Louis XV, you will just realize that that piece of item is priceless. And for the record, you can even find an Old Master that costs more or less 6 million pounds.

don’t lose their value. As you may know, they even become more and more valuable as time passes. If you are an art and antique lover, you can make a huge investment by simply buying antique items and furniture.

So, what is the relationship between antique furniture and a furniture removal service?

The antique furniture has to be moved from its present location and be transferred to the auction site. And as you already imagined, moving a very delicate furniture costs a lot of effort. As the winner of the auction receives the won item, he or she wishes that the furniture be transported to their place in one piece.

How will this be done? There are antique furniture removal companies that can do the job professionally since they were trained to do so. Such company is engaged in specialized operation of moving antique furniture from one place to another, safely. Yes, you already spent too much money on the antique furniture and this time you have to spend some again to get your investment protected.

You just have to make sure that you hired expert and well-informed movers to prevent any damage to your antique furniture. As you take the service of an antique removal company, you have to make sure that they are well-equipped. There are companies that have advanced electronic equipment which they can use in safeguarding your furniture. And for the record, only a first-rate company can provide such first-rate service as well.

The company which will take your furniture so, they should have the power and capabilities to take care of your investment. You have to validate their procedures in keeping things in good condition especially antique items. This will give you a peace of mind once your antique gets shipped.

And since London is a place full of auction businesses, removal companies have learned to adopt with the current system of the city in terms of traffic, environment which will be significant in conducting theirfurniture delivery and removal.

This is why, you also have to make sure that you choose a company that is environmentally friendly as well. You can say that such company is a friend of environment if they use storage containers that are made of wood. Also, the packaging system of the company is reusable. And for the vehicle, they should be using electric hybrid vehicle since it has a low emission level.

If you need service in relocation, you can also take the service that antique furniture removal companyrequires since their scope of service is beyond the price you will pay to them.

After you move in your new home you might need professional house cleaning. 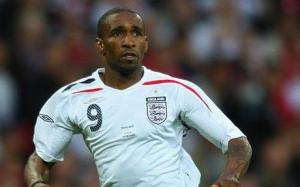 We are lucky to announce that we recently had the privillage to help England Star Jermain Defoe Move into his Mansion in Chigwell Essex. The team at Pickdropgo  were delighted to be selected and have the pleasure of doing such a job for a huge profile name such as Jermain Defoe.

One week before moving

The day before moving

© 2007 of Re:locate magazine, published by Profile Locations, Spray Hill, Hastings Road, Lamberhurst, Kent TN3 8JB. All rights reserved. This publication (or any part thereof) may not be reproduced in any form without the prior written permission of Profile Locations. Profile Locations accepts no liability for the accuracy of the contents or any opinions expressed herein.

It is thought that up to 23,000 homeowners have a either a spare room in their current property or a room that they only use for storage. During the Olympics these rooms will be utilised as they have good rental value for anyone who is only looking for a short term let.

According to Government data, the rental value for these rooms during the Olympic Games could reach up to £1000 per week. This is more than some of the properties will make in a month in a normal calendar. This is very appealing for the landlords who intend on taking full advantage during a time when the rents have gone down compared to last year because of all the new flats that are being built.

It is thought that more than 10% of these homeowners only actually ever use their spare rooms once every 3 months. This is due to work commitments and family homes outside London. Therefore this is an ideal opportunity for them to earn an extra income especially as their current rooms or properties are not being used.

Ashley from http://www.removalmarket.co.uk who are a removal quotes comparison site and help provide free removal quotes to clients around the London area have said: “We plan to see a rise of almost 400% in the enquiries for Removals in and around London during this busy period”.

Anthony Chenery, from Big Yellow Self Storage, said: “We have definitely seen a significant rise in inquiries for short lets of smaller self storage rooms for next June, particularly in the stores closest to the key Olympics sites and with good transport links to London’s top attractions.”

Although it has been advised that anyone looking to let their room or property out during the Olympics should inform their mortgage company and check their insurances to make sure they are covered. The last thing as a homeowner that you would want is for a short term tenant to create problems in a property and end up doing more damage than good in the long run. It is therefore vital that all relevant insurances are put in place.

A new survey of staff working in the furniture removals industry has highlighted problems experienced by both removals firms and their clients.

The survey was carried out by Movingetc, and its results suggested that the main issues lie between exchange of contracts and the final completion of the move.

86% of those surveyed described cases where it had been uncertain until last minute as to what the moving date would be.

79% had experienced late handovers of keys to new properties, and 55% of those surveyed had known housing contracts to fall through at the last moment, disrupting the planning, logistics and staffing of their firm.

After estate and letting agents, conveyance solicitors, property surveyors and mortgage lenders, removal companies are the fifth supplier to be contacted by customers when moving home, and they are very often forgotten about until the last minute, when the house move is only a few days away.

“One client we currently have in storage has had three provisional moving dates booked with our company and had to cancel all of them at late notice,” said Stephen Terry, of Anglo French Euro Removals.

“The main problem is finding something else for the guys that were booked in to conduct the move. Also this client is elderly and getting more stressed by the day!”

Jane Finch, managing director of Movingetc, identifies some relocation problems as lying with the removals industry, but claims that the chaotic buying process causes many more problems.

“Customers should try and book their removal company at least two to three weeks in advance of their moving date,” she advises.

“This means requesting the same period of time between exchange and completion from your solicitor, and will give enough time for your movers to plan the logistics of your relocation.”

One remover based in Scotland agreed that a longer period of time was needed for removals companies to prepare.

“The majority of our moves are booked with less than two weeks’ notice, which results in more removals being undertaken without a survey, so no chance to check parking, volume or access”.

Movingetc is calling for changes within the property transaction procedure that would eliminate such problems and ensure a smoothing moving process for both the customer and the removals company.